If you never played the first game, you needn’t worry. While this is a continuation of these character’s stories, there isn’t anything in the storyline that requires you to have played through the first game. You get more from the odd reference they make if you have, but it’s certainly not game play halting.

Game-play, is the tried and tested, point-and-click, and visual clues from the mouse cursor let you know when there’s something there. The puzzles are great fun, and challenging without being obtuse, which can be annoying in some games. There are the occasional mind bender, and you will probably want a pen and paper at some point, but then what good adventure game doesn’t? Just remember the old adage, “Pick up everything, talk to everyone” and you’ll do fine. You probably won’t need it, but if you do get stuck in a scene, there’s always the in-built ‘Snoopkey’ hint system, as well as Nina’s trusty diary, to give you a nudge.

If you played Secret Files, you won’t want to miss this. The sequel keeps the familiar and slick game mechanics from the last game. The whole game engine feels more ‘polished’ than the first. The graphics throughout are visually stunning, and the whole game has an almost cinematic feel to it, heightened by the addition of some very nicely made FMVs. Some of the movement animations aren’t as smooth as they could be, but they’re certainly not the worst ever, and if they really annoy you, you can double click to quickly jump between screens you’ve visited.

While the scenario for this game, is a little less inventive / believable, than the first, it’s still engaging, and you won’t really notice till the very end. The game has a great sense of humour, about itself, the genre and in general, and is bound to have you chuckling in places, and it’s always enjoyable to watch our red-headed hero, Nina, quip her way through the odder encounters. 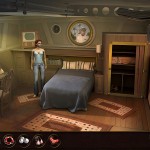 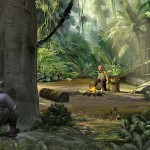 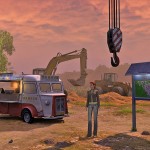 A few niggles aside, Secret Files 2: Puritas Cordis, is a highly enjoyable, proper Point-and-Click adventure game. It looks, sounds and plays brilliantly, and nicely strikes the balance between “far too easy” and “what the?”. With about 12-15 hours worth of game-play Secret Files 2 will certainly keep you busy for a while.

All things considered I reckon it’s worth 8/10 and a spot on any adventure gamer’s shelf.

This site uses Akismet to reduce spam. Learn how your comment data is processed.

Teaching should be such that what is offered is percieved as a valuable gift and not as a hard duty.