Just a quick note to say I’ve posted some new screenshots of EVE Online over in the gallery. Including a nice double screen panoramic and a wallpaper-ish one.

So over the holidays Barney’s Mind (YouTube) reached its finale, and while Freeman’s and Shephard’s Mind (YouTube) are busy being worked on, a rather awesome rendition of Chell’s Mind (Portal) has appeared to fill the void (YouTube).

Meanwhile, whilst sorting through my old collection of flash video files, I stumbled across the Transformers break-dancing short, by Mark Wilenkin and Lazer (amongst others). Since the original sites and video have long since disappeared from the ‘net and the video is so good, I figured I’d re-post it here.

View
Please note; I take absolutely zero credit for any of this work, apart from re-hosting it.

Oh and I have a couple posts sitting around the Drafts waiting to be written properly, so hopefully more stuff soon.

Not long ago, I played through and completed Secret Files 2: Puritas Cordis. While it’s still fresh in my mind, I figured it would be a good candidate for a new review;

I happened across this the other day in my internet wanderings. Alice and Kev is an experiment in playing a homeless family in The Sims 3.

The premise seems pretty basic on the face of it; Take the Sims 3, create a couple of characters (father/daughter in this case), set them up in a lot made up to look like an abandoned park, and see what happens, giving the odd nudge along the way.

What this has turned into, with the help of some good writing, is an incredible fascinating and moving story of these two characters. A lot of it driven by the game itself.

This is certainly worth reading through, but be warned, while there are some uplifting points, this is (by and large) a rather sad tale.

So this got announced the other day too;

In case you hadn’t noticed, I like games and anime, so needless to say, I am rather looking forward to this. Hopefully it won’t turn out a giant mess, but judging from the clips in the trailer, it could well be interesting;

So if you haven’t heard, S2 Games, the company behind the Savage series, have a new game coming out, and what’s more is they’ve been doing Linux Closed Beta testing with the guys over at Phoronix, and the Linux Gaming community has responded, in a big way.

Game studios, pay attention. Linux gamer’s exist, and there are many of them, and they move with surprising force, (and buying power).

So what is Heroes of Newerth all about? Well, we can’t exactly tell you. S2 Games has all media under an embargo covering this game. Basically it’s an online, multi-player strategy game that is based upon DoTA (Defense of the Ancients).

So I got bored the other day and went looking for something to randomly watch, and stumbled across this absolute gem of a machinima, “Freeman’s Mind”, in it’s own words;

I’ve not laughed so much at an online video for a long, long time.
You can find the first video below, and the rest at http://www.machinima.com/series/view&id=187
http://civil-protection.blogspot.com (The author’s original work (worth a look) and current base for FM) || http://accursedfarms.com (Soon to be home for FM)

In order to fill the gap between the updates the Spin-Off “Barney’s Mind” (Blueshift) appeared, and it’s just as good;
First episode: http://www.youtube.com/watch?v=aGgO8O6JuM8
Updates: http://barneysmind.blogspot.com

Now without further ado, if you’re still wondering whether or not to watch these series’, just give it a go:

Okay, since the UT3 Titan pack expansion came out a couple weeks ago, interest has risen in UT3 once more, and so has my desire to carry on mapping in it. Hopefully, sometime soon, my interest will peak, and CTF-Orbital will see a flurry of activity and maybe even a release.
Below are a few shots of how the map look currently. As it stands the layout is done, but the lighting is very basic ‘working’ lights. 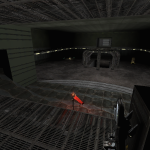 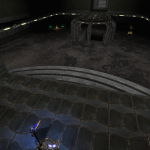 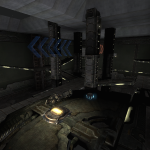 As it stands the map is bot playable, so I’m looking for feedback. Some feedback has already been made here and you can find the downloads there as well.
(This is most definitely still Alpha quality work, so don’t expect too much)

After many hours of planning, the new Junction at Duningworth is constructed, plans for an extra platform at Fentfingford were rejected and the buffers were removed instead. The entire line is now double tracked, and a new 4-6-2 ‘Streamliner’ brought in for the new run. Seen here loading up at Duningworth, while the local pulls in alongside. 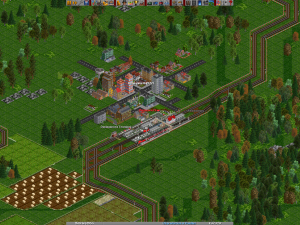 A new plantation appears new the branch line at Binnford, so a new 2-8-0 is commissioned for the run, seen here giving priority to the diesel passenger train at the modified Prenville Junction. 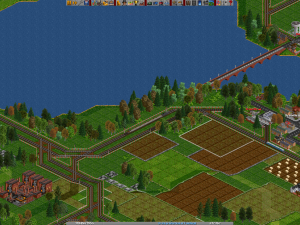 After many, many days of long planning meetings between Management, Construction and 4 different Town Planners, the plans for the second half of the Mainline were finalised. Initially a loop-line was planned to service Hadtown, Harnhall, Cunwood, Tudingworth Falls and Buntfingway, but all the proposals were too complex and expensive. So Tudingworth Falls and Buntfingway became a branchline from Hadtown. 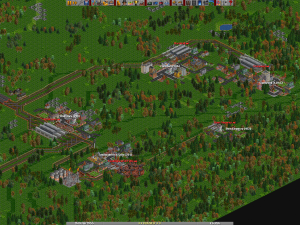 Shortly after construction had completed on the Tudingworth Falls station, the neighbouring Steel Mill announced it would be shutting it’s doors.

Keen to keep it’s residents and it’s new station, Tudingworth Falls announced two special subsidised non-stop links between itself and Cunwood and Handingtown. Two 4-6-0 ‘Standard Five’s were raked up for these services and are show here leaving the local service depot, heading to Tudingworth Falls for the stations opening. 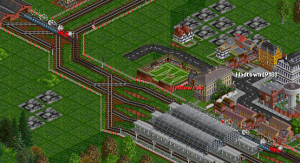 Less than a month after services begin, Tudingworth Falls oil refinery also shuts down.  Tudingworth Falls local authority don’t seem to be too concerned though. They gave the go ahead for the track to be doubled, and thanks to the subsidised links the town continues to grow.

Meanwhile a 0-6-0 ‘Pannier Tank’ is brought on for the local service from Hadtown to Buntfingway via Tudingworth Falls, and two 4-6-2 ‘Pacific’ is set on the Hadingtown, Cunwood stopping service. New development in freight engines has resulted in the 2-10-0 and one is put into service on the Binnford timber train.

After and increase in Coal production, and extra 2-8-0 is bought to help cope with the extra cargo, and the line is double tracked. 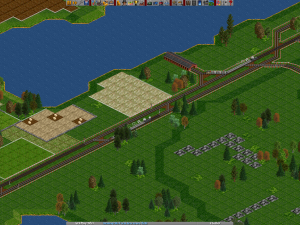 Demand for furnishings has been on the rise, and the local sawmill requested a new branch line be put in. Two more 2-8-0’s are bought, one for the new timber line, and a second to supplement the second coal mine due to an increase in production. 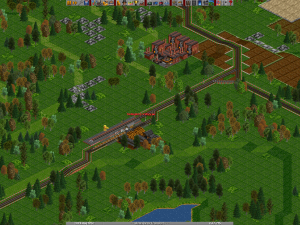 Meanwhile work continues on the main line and Duningworth is connected up, with a 4-6-2 ‘Pacific’ hauled service to Fentfingford. A new service centre is also opened at Fentfingford. 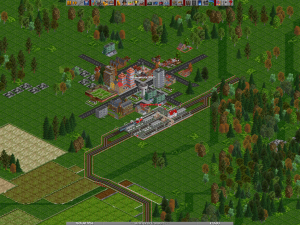 Hadington marks completion of the first half of the South Mainline project, and is set to become the next hub station on the network. 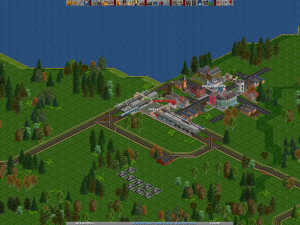 The new 4-6-2 ‘Pacific’ links it to Duningworth, while the experimental diesel ‘AEC Railcar’ in a 4 car consist, makes the slow link to Sleningway, via the small towns of Binnford and Prenville. 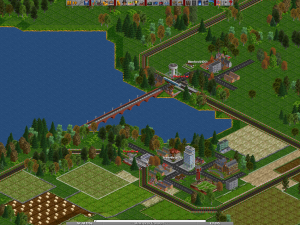 Next on the planning agenda is a platform extention at Fentfingford, and an express service linking Sleningway and Hadington, via Fentfingford and Duningworth. Both Slen <-> Had links are expected to be subject to a timetable service.

Five out of four people have trouble with fractions.